The term knolling was first coined in 1987 by Andrew Kromelow. Knolling is the process of arranging related objects in parallel or 90-degree angles as a method of organisation.

The term 'knolling' was first coined in 1987 by Andrew Kromelow, an assistant who worked at Frank Gehry’s furniture fabrication shop. It came about as Gehry was designing chairs for Knoll, a company famous for Florence Knoll’s angular furniture. Each day Kromelow was seen rearranging tools used in the shop at right angles on top of their various surfaces - a habit which he termed ‘knolling.’ The result was a meticulously organised surface which allowed people to see all the objects on it in a single glance.

From these small beginnings, knolling has taken the design world by storm. The term was popularised by artist Tom Sachs, an American sculptor who also worked in Gehry’s shop.

Sachs adopted the phrase ‘always be knolling,’ abbreviated as ABK, as a mantra for his studio, along with a list of rules to abide by when attempting to knoll. He then demonstrated the technique through his collection of works Hardcore, a series of images depicting a cabinet filled with metallic objects arranged in the classic right angles.

Now considered a major overhead photography and creative trend, this technique has been picked up by both emerging artists and huge corporations alike, with just a few examples being the With Love Project and, probably the biggest, the layout of Apple stores worldwide. We have a board on our own Pinterest: 'Baking Bread' , featuring examples of knolling, which we created as a visual aid to our making processes. We felt the images helped to tell a story of the many separate ingredients that go into crafting thoughtful interior design.

‘Things organised neatly’ ,a blog on Tumblr, is dedicated entirely to posting photographic examples of knolling.

It gained huge popularity (even winning a ‘Webby’ award) that its author, Austin Radcliffe, has now expanded his blog into a book of the same title which is available to buy on Amazon.

It is described as being ‘perfect for the neat freak,’ taking the messiness of the everyday world and recasting it into neat and appealing designs.

The theme of the blog and book captures the basic definition of knolling but has expanded on its content, aiming to capitalise on today’s current obsession with cataloguing and photographing everything with which we interact on a daily basis, from our food to the contents of our desk.

The exploitation of this obsession by Radcliffe is extremely clever, as whether you’re a design buff, an obsessive compulsive cleaner or a social media addict constantly taking birds-eye view photos of your meals, you’re guaranteed to find this collection of images extremely satisfying to look at.

It’s no secret that being organised does wonders for productivity, so it’s easy to understand why creative professionals have made great use of knolling. But the fact that it is now being used as an particularly satisfying form of procrastination - simply organising objects for the sole purpose of seeing them lined up in such tidy right angles -  really highlights the diversity of its appeal.

“And so we knoll on, organising a world borne ceaselessly into chaos.” - Joe Ringenberg 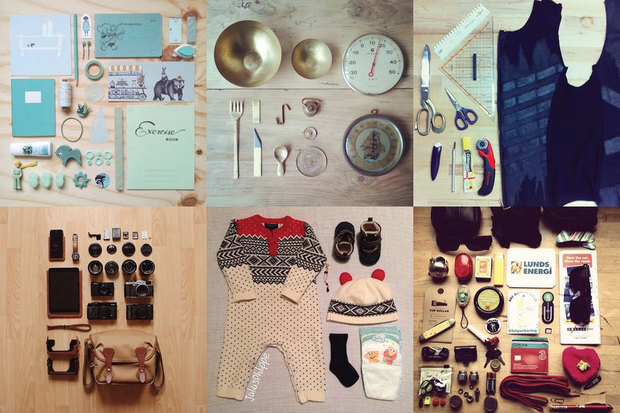 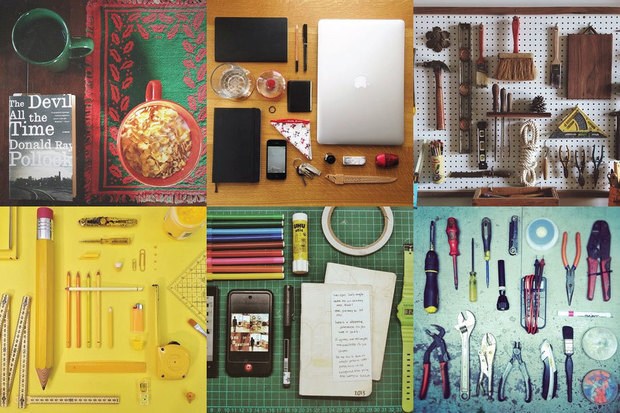 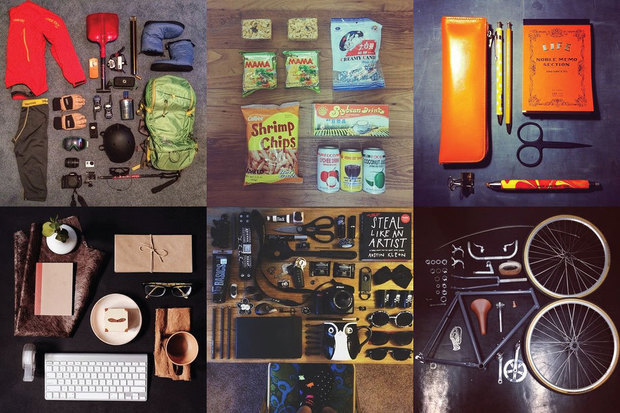 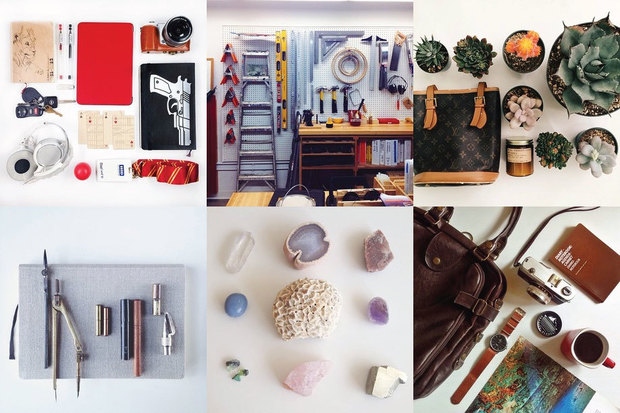 Back On Track Manchester

Design work ramps up as schools break up